Dr. Aneesh Vidyashankar is a music sensation who has touched more than thousand hearts with his violin. He is a child prodigy who has been exposed to music since the tender age of 3 by his guru, his father, Mr. S.R. Vidyashankar.

He has a distinctive way of performing while walking around, making him India's only 'wireless walking violinist. He has the incredible talent of presenting his music in a very special form by blending western and Indian classic music for the world to enjoy and fall in love with it. He was only six years old when he gave his first performance, and has been performing for the past 20 years now.

Aneesh, along with his band AVID, have performed in more than 27 countries. He has won many awards including a National Award from All India Radio and the Young Achievers Award.

He also received an honorary doctorate in music as he has more than excelled in the field. He stayed true to his achievements by stunning the audience with his performance even at Asia Plateau. The participants were moved to tears by his heart warming performance. It will be engraved in their memory even after the conference.

The year 2017 has been an important year both for IofC - LMAD Youth Conference for completing 23 Years as well as 150th birth anniversary of Shrimad Rajchandraji who is ‘MAHATMA KE MAHATMA’. The uniqueness between these two important occasions it that, both IofC-LMAD and SHRIMAD RAJCHANDRA MISSION works on the Gandhian Philosophy. 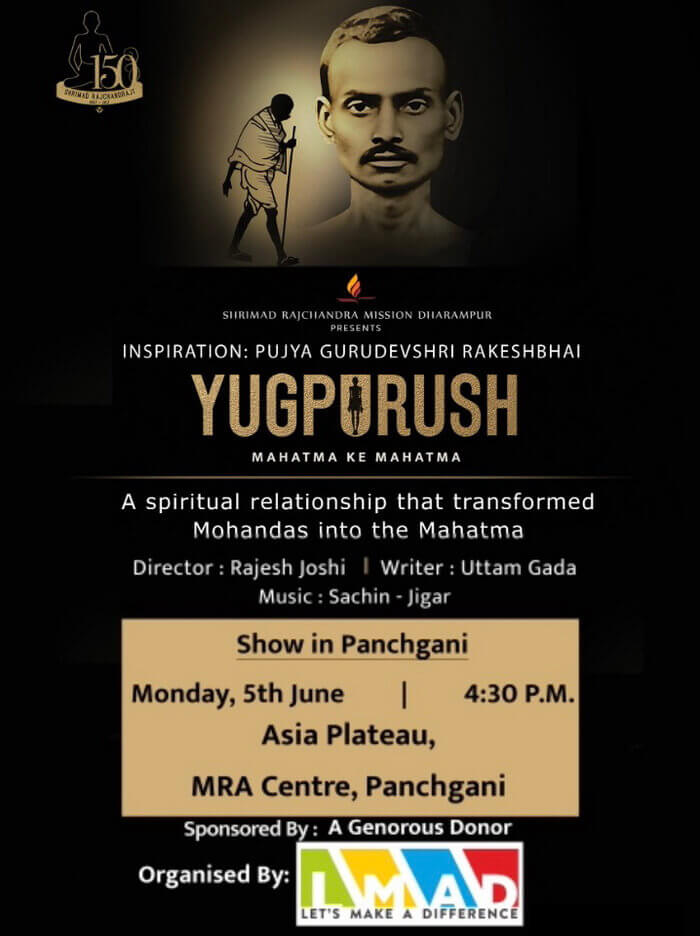 To commemorate this glorious occasion of Shrimad Rajchandra Mission. IofC- LMAD decided to host the play YUGPURUSH - MAHATMA KE MAHATMA, which is a well acclaimed play which has done more than 500+ shows across the country and now going international. The audience of the show were the participants of the conference, Asia plateau Family and the local residents of Panchgani. A well-wisher of Let’s Make a Difference sponsored the entire play.

The play was showcased in the auditorium on the 5th June 2017 at 4:30 pm, which pulled a huge gathering of 450 people to watch the play that also claims to be LMAD biggest event in the last 23 years.

The play aims to spread Shrimad Rajchandraji value of Ahimsa and Satya that shaped Gandhi’s belief. Overall the message of the play was well received by the audience and the feedback of the audience was overwhelming.