On 1st June 2011, it was a grand welcome to the 184 participants from different parts of Asia with the performance of a Maharashtrian folk dance. The ambience created was worth witnessing, pumping up the spirit of the participants which was evident on their faces. 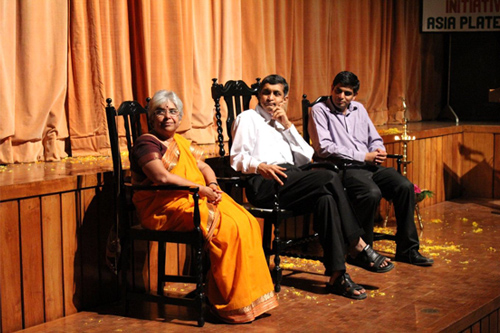 He addressed the youth saying that "You will change this country, you constitute 73% of Indian population, you are the true inheritor of this country, in true sense what you do today is going to shape your future, your destiny, take charge of it, don't let anybody bring down your morale. Its remarkable that this country of unmatched diversity, can do lot more, and you have fantastic opportunity, make the most of it, and this journey of 8 days is one important milestone in your personal journey. But more thousands will have this opportunity to introspect, to reflect, to interact, to collectively shape a vision for the future of this country and to take charge of this great civilization of 5000 years. Reshape this nation to show the light to the rest of mankind." He highlighted to the participants about two sins, first being unfulfilled potential of Youth and second allowing avoidable suffering in the society. He talked about Politics as being the procedure through which the best leaders and individuals rise.

Smt. Jayashree Rao, an elder from Initiatives of Change (IofC) family, spoke at the Inaugural Session about her association with IofC for last 40 years. She shared her source of inspiration and her journey to start Grampari, a flagship initiative to transform rural and agricultural section of India. She shared how following the inner calling can lead to slow evolving movement in the long run.

The youth representative of Let's Make a Difference, (LMAD) Navendu Shirali connected the gathering by sharing his journey with IofC since 2002. He shared how following his inner voice he could set things right in his family, manage peer pressure, his vices, and take corrective actions in his life. This gave him inspiration to search for larger purpose, following that consistently he could contribute in several ways to the society, like spreading awareness of Right to information [RTI], participating in different movements and writing newspaper articles. On behalf of over 3000 youth associated with this movement, he welcomed each one of the participants and guests.

What disciplined and focused Quiet Time can do: With questions like-why remain quiet, what do you experience when you are quiet, are quiet moments necessary in one's life, with these questions the first encounter of quiet time was introduced in the beautiful campus of Asia Plateau which was engulfed with moving clouds and cool weather. Every morning participants embarked on this new journey of self-discovery by looking within in their lives.

The Conference geared up with interaction and discussion on values in the session –"ABC of Moral Re-armament". The dilemmas, concepts, confusion, fear, insecurity, inconvenience to live these values, were expressed during various times of the conference. The essence of this conference was Quiet Time and the four absolute values. For which the participants were encouraged to remain quiet for over 18 hours, and idea was to search within. Flower Vase exercise was conducted to take the Youth participants in a journey of looking within, where they realized that we have different personalities for different people. In their introspection, they related to the exercise and shared several broken relationships, vices, and impurity within their hearts. If one takes the courage of looking within, we see the muck inside, this is the first step towards change, comparing one's life with the absolute standards of Purity, Honesty, Love and Unselfishness creates a road and a guide map to become a better human being. The ABC of MRA, that is imparting four values-Purity, Honesty, Unselfishness and Love was given to its core. Several hours were spent by participants in their groups discussing about these values and how they have lived their lives, their regrets and compromises on these standards. Every participant was challenged to look within, where I am in my career, my life, my relations and my role in my country.

For every individual, Family is the ultimate resting place, but still each one of us has different means to go away from family. The participants spent several hours churning with thoughts about how to improve their relationships with their family. One of the participants, shared how deeply his family was uprooted some years ago due to his father's alcohol addiction and he had to take him to rehabilitation after finding him sleeping on the street. Alcohol addiction is one of the major reasons for families to disintegrate.

Another youth from a rural town shared how he was not able to convince his father to give up alcohol and this frustration led him to drinking. One day while he was driving along with his father, who was sitting beside him in the car, the father was drinking and this angered him beyond control, he took the bottle in his hand and smashed it on his own head. This was the only way he could express his frustration but later on it moved his father to change, where he has given up drinking.

We don't value our family when they are around us. One of the participants shared how he wanted to express his love and seek his mother's forgiveness for all his wrong doings, the love and care that the mother expressed when she was around. All of a sudden he realized in his quiet time that today "I do not have my mother, to whom I can go and say sorry and express my love". After this sharing he called up his father and told him how much he loves him and cherishes every moment being with him. This conversation moved his father, and he packed his bags and drove down to meet his son and spend few days together.

One Tibetan youth shared how he doesn't remember his parents, as he was raised in Exile (Indian monasteries) and his parents lived in Tibet. Another youth shared how he had differences with his sister and wanted to reconcile with her. Many were able to express to their family how much they cherished their lovely relationships.

A girl shared how she had built hatred for her step-parents and after quiet time was able to work towards addressing them. A young Afghan shared how he had developed hatred in his heart for his uncle because he was bitter to his father. After expressing these feelings, he went outside the auditorium and spoke to his Uncle in Kabul seeking forgiveness for breeding this hatred; it was an emotional moment to see him relieved after bridging this relationship once again. 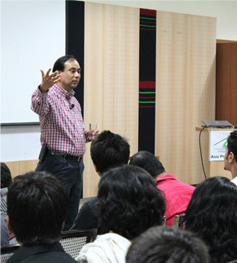 Several of the youth, took steps of reconciliation and shared their emotions of love to their loved ones by calling them and writing letters.

Youth participants met Mr. Sunil Mathur, (Chief Financial Officer-Siemens) who gave insights on corruption related to corporate houses. The large conglomerate was on the brink of bankruptcy, it paid over $1.5 billion as fine on corruption charges, lost several of its leadership due to legal proceedings and morale of all its employees was its lowest.

He shared how his organization was in pursuit of setting ethical standards in the industry across all geographies and all departments. He concluded the presentation by proving that ethics and success can go hand in hand.

Mr. Ramnath Iyer (Chairman of The Iyer) conducted sessions on Positive Thinking, Goal Setting and Time Management. He shared several life examples of how positive words can influence the mind and the benefits that come with it. He conducted several exercises that helped participants in setting their Vision and Goals around Personal, Family, Career and Social. 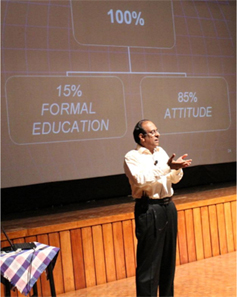 The acclaimed documentary Nero's Guests was broadcasted. The documentary featured P Sainath (Ramon Magsaysay Awardee) and his work on farmer suicides, agrarian crisis, growing inequality and insensitiveness amongst the people of India. The entire auditorium was engulfed with the feeling of despair on realizing how conveniently we have chosen not to accept these realities. Several participants shared how they would take initiatives to work on this cause

There was a Panel discussion on "Whether my Career is my passion". This started with a short skit of several passengers travelling in bus-Some of them not knowing where it was heading, some just travelling because they were forced by their family, and some confused whether this was the right bus. This was followed by an interactive panel session where the participants were able to relate to this skit with their own life. Several participants shared how their families had forced them to join some professions in spite of their different interests. Some were compelled to join family business in spite of their passions in other areas. Some participants shared how they pursued their career only where their passion lies.

In every relation, distance is created by Ego, which is not visible, but still invisibly it creates divisions between friends, family and society at large. Every participant looked within, to see "how ego has shaped me, as far as my relations are concerned". 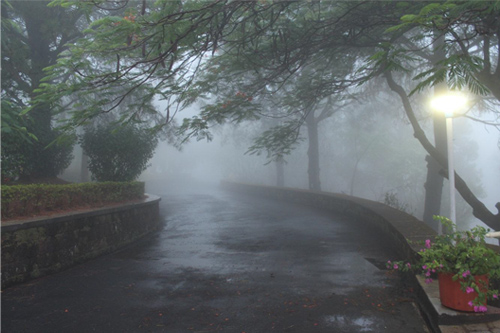 Disciplined when enforced is achieved, but self-discipline when applied brings out true character of a person. The pledge was introduced to the participants sensitizing them, how to live one's life based on sustainable living, sacrifice, and limited needs. The pledge is self-corrective and when one fails, one punishes oneself to ensure that she / he rises above and sets a new standard. All those with strong will and conviction raised their hand, signed the pledge and the remaining who couldn't do it assured that they will work hard and will only sign to commit when they will live by it.

Seven participants were selected and felicitated for their consistent participation, personal change, behavior, self-discipline and conduct during the conference. Several participants who did not meet the standards set for the Youth Conference consistently, were not given the certificates for their participation.

A candle lit dinner on the last evening was served for all participants by the coordinators. This was followed by live musical performance accompanied by delicious desserts.

For the closing ceremony of the Youth Conference, Mr. R D Mathur, (Senior Most Elder from IofC Family) shared his story of how his generation pursued great struggles for freedom and setting foundation for a new country. He highlighted that the participants belonged to a privileged generation and he expected that they must pursue beyond their career growth to betterment of society and country.

This was followed by distribution of certificates and appreciations of participants and coordinators. All the Asia Plateau family members were felicitated to acknowledge all the work that they have selflessly done for the success of the conference. Several participants left Asia Plateau with greater hope to bring change in their lives and lead by example in their society.

The pursuit of this conference is to encourage young people to live a life which is consistent in all facets of life, and not change as per need and convenience. We will work tirelessly to create benchmark citizens, who will give alternative in thinking to ordinary citizens.