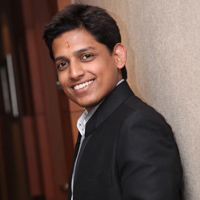 I am Koushik Modi from Jamshedpur and I have completed my Bachelor of Business Management from Christ University, Bangalore. I have also complete my Graduate Gemologist course from Gemological Institute of America, Mumbai.

My Journey with LMAD started in the year 2009 when my school first introduced me to this idea. I was in the 11th standard when I first came for this conference and at that time I never used to interact much with people and was a very average student in my school. When I was coming for this conference I didn’t have any clue about what will unfold in front of me in the coming eight days. I was just excited that I am being a part of this conference.

When I first entered Asia Plateau, I was just mesmerized by the beauty of it. Whether it was the chirping of the birds or the calm which this place provided. The first 2-3 days was very stressful for me because I was still getting used to the idea of this Youth Conference and especially the real essence - which is the Quiet Time. In the beginning, I couldn’t think of anything about what to write and how to introspect within. To be very truthful, it took a lot of time for me to really see within myself.

Since I hardly  used to interact much with people, I had a lot of stage fear within me. But when I went through the eight days of conference, that is when I realized where and all I was wrong and where and all I needed to correct myself; and since then the process of change started with me. I still took a lot of time to overcome my weaknesses and build my relationships with people. During the conference and after the conference as well, I started taking small steps to overcome my stage fear and also started interacting with a lot of people. It helped me in setting up goals for my life and also helped me draw a roadmap of where I wanted to be. Through my constant perseverance and long term focus, results began to show. When I went to college I was elected as the Core Committee Member of the fest team; and I was selected out of 1350 students who had applied for the same position. This was a designation, which was most respected in my college. I was also made the Festing head in my college and was given a chance to represent my college in various fests amongst which the most prestigious one was at Sri Ram College of Commerce, Delhi where I emerged victorious and was awarded by our present Prime Minister Shri Narendra Modi.

Not only this, when I got introduced to the idea of PHUL(Purity, Honesty, Unselfishness, Love) I was very confused about this but, at a later stage when I introspected deep ithin myself against these four standards, that was the time when I realized how wrong was I. I had so much dirt inside me which needed to be cleansed. I realized how I used to lie to my family and friends for small things and how I didn’t show my love towards anyone. But today, I have taken steps to rebuild my relationship with my family and friends and I could say that the bonding, which was there earlier, and the bonding that is there today has been strengthened by a million folds.

The Youth Conference and the coordinators workshop has helped me to a great extent in making me what I am today. From the bottom of my heart I would like to thank Lets Make A Difference for building and strengthening my life. I would love to be a part of this conference again and again and hope to keep on having that process of change within me and looking to meet new people always. 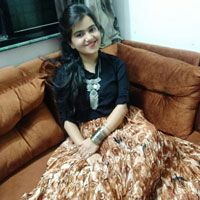 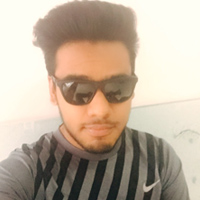