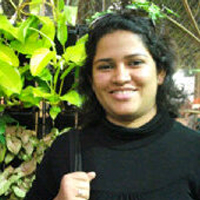 Attending the Youth Conference from June 1 to 8, 2011 was really a turning point in my life. I had gone with a lot of baggage, self doubts and depression. I had very recently lost a cousin at a very young age and so I had my own doubts about the ways in which GOD worked.

When I was first introduced to the concept of PHUL and Quiet Time, I realized that I was extremely selfish and as an elder sister I tormented my younger brother while growing up. I remember using up his pocket money after I had finished mine completely and bullying him around on many occasions. In my Quiet Time I realized for the first time that my love towards my family was conditional. It also made me realizes and value the humongous sacrifices made by my parents during their prime to raise us and provide us with the best of things. My father used to work abroad while my mother raised both of us single handedly.  He returned to India for good when I was 10 years old. In those 10 years, I would get to meet him only once a year for a month when he came to visit. So since my father was never around for some of the most important events of my life during those years, I grew up with a lot of insecurities and inferior complexes in school, I carried those till my college days and even when I had started working. But those 8 days of the Conference made me realize that although I lived the same disciplined life at home I had to inculcate these values in order to just lighten the burden of the grudges I carried for people, impact of broken relationships, all the insecurities and complexes etc.

In regards to honesty, one of my professors always said that his class was filled with students who lie by default. Yes, I was one of them, lying for convenience to get away from situations or people for that matter. But now I have learnt to be more open with people and express my discomfort. I clearly remember 2 instances of my life that happened after the conference, one that made me feel good and the other one, not so good but it did teach me a lesson. So once I was out having dinner with a couple of friends at a restaurant and when the bill arrived I noticed that they had forgotten to add the soft drinks we had ordered. I shared this with my friends and they had a cheeky smile, I understood their intentions. The earlier me would have neglected the whole thing and would have been glad not to pay for the soft drinks and justified by saying, “lets not pay the for the drinks, the food wasn’t that great either!!” But I put my foot down called the captain and asked him to make the changes, although it did disappoint my friends a bit but I felt good about doing the right thing. The other incident was when I had to remove my bike from the parking lot on a busy road, I was rushing towards a meeting and I didn’t have change on me to pay the parking attendant, I should have honestly told him that, but instead I waited very slyly till his attention was diverted and quickly removed my bike while he wasn’t looking and sped up in the wrong direction not realizing it was a One-way. On the other end of the road I was caught by the cops and was asked to pay a fine for breaking the rules. Although for a second I did think of bribing him but then I decided to pay the fine as what I had done was completely wrong and I deserved to learn a lesson even if it costed me a sum of Six Hundred Rupees!!

Like most people my age I always used to think that I don’t need to share everything with my parents.  Knowing they would not feel comfortable about it or get upset unnecessarily.  So they never really got to know the complete truth because the half truth worked for me, always. So then I started taking advantage of all the liberty and freedom that was granted to me, although I never broke their trust but there were things that I would never want them to know. But during the conference I decided to make a conscious attempt to do only those things which I am able to share with my parents and refrain from those that would put me in an awkward position if at all I had to share. It has helped me many a times when I was tempted to do something which I would regret later. This approach had benefited me tremendously because now I have become more open and transparent and I have also learnt to have a single personality wherever I go.

The most beautiful thing that I took back from the Conference was the concept of Quiet time and I try to practice it religiously. My inner voice guides me by giving clarity in my moments of doubts. It’s a time which is very sacred for me, a time that nobody can snatch from me. When I remain quiet endless thoughts and ideas come to me and they are very pure, not influenced by anyone but my mind and when I write them down it gives me the courage to act upon it. For example, initially I was very short tempered and had a lot of ego, I would never apologize and always wanted the other person to take the first step. But eventually I have learned to control my anger and let go of my ego. Quiet time has helped me by giving me the courage to apologize when I know I have faltered.  Basically, what MRA has taught me is at the end of the day, all that matters is to go to bed with a clear conscience.

While all the values were simple to understand, Purity was the one that always intrigued me. In the Youth Conference we emphasize on the purity of thoughts but with extended quiet time sessions I dug deeper and deeper about purity and came across two different perceptions. One, I felt purity could also be the purity of language/words that one uses. So from that day I decided I would be very careful with the words I use and refrain from using foul language under any circumstances.  Second, Purity could also mean how neat and clean you maintain yourself as well as how you maintain your surrounding environment. So I started giving more importance to my personal hygiene, the way I dress up, the way I maintain my cupboard etc. Everything around me had to be prim and proper.

MRA has brought about a lot of meaning to my life. I shall forever be indebted towards my MRA FAMILY who have always been very encouraging and who are always ready to pick you up in case you fall. That’s the beauty of this place. I personally feel every youth of this nation needs to be introduced to this idea so that allows them to make a choice for themselves about the quality of life they want to live and if they choose the path MRA has to offer it will bring about a tremendous change in the society and the nation as a whole. 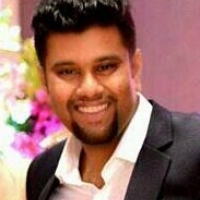 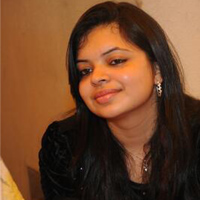