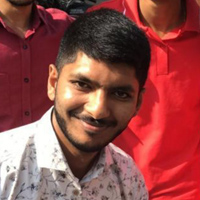 I am Yash Munot from Ahmednagar (Maharashtra).

I have recently completed my graduation in BBA in Finance.  I was first introduced to the idea of IofC and LMAD in 2017. I came to know about this conference from my cousin and my grandfather. They told me that I am going to enjoy the entire conference of eight days from 1st June to 8th June. Thereafter, I attended the June conference in 2017 & 2018. In addition, I even attended the December workshop in 2018.

When I entered Asia Plateau, for the very first time, I was very happy as I felt strong positive vibes that reverberated across the property. I was also happy about surrendering my phone for the next one week and concentrate totally on the conference. The group discussions (GDs) were the best. I learnt to appreciate my family more and I learned to value their presence in my life. I never liked to share my problems in the Group Discussions or in front of everyone, but I always used to share it with Viral Bhai - he guided me and showed me the right path to take.

Because of my attitude, I had created a lot of problems for myself and for others. During my school days, I never wanted to study and I always wanted to enjoy life. I took my life for granted. I also wasted my parent’s hard earned money. I even took my family relationships for granted and I ended up burning bridges with all of them. What’s worse – I never regretted the things I did and even my family did not say anything to me.

One day, a friend of mine called me to meet him during the time of an IPL season. He offered to teach me about betting, which I readily accepted as I also needed money. He assured me that I will not lose my money and that I will end up doubling it. Even though I won some amount of money during the first few matches, I ended up losing a lot of money over the course of the season. Eventually, I lost so much money and many people began to come to my father to ask him to pay my debts. He paid them off and asked them not to harm me in any way.

The list couldn’t get uglier - I can also add that I didn’t treat the people who worked in my business very well either. I also wasted a lot of money on fuelling my high-end bike which I took pride in riding.

After attending the December Workshop, I was able to get a good look at myself and I later accepted all my mistakes and decided to work on them. Walking on the path that Viral Bhai showed me was a great experience. I began to spend more time with my family and later gained their trust again. I also decided to bring my anger under control.

My father, after seeing the change in me, asked me to forget about the past problems and focus on the work at hand. So I started keeping myself busy by working at the factory for at least 15 hours a day. I also decided to repay all the money which I lost in the IPL betting.

I resolved to sincerely respect everyone around me and also obey them.

This is my story of change.
Regards,
Yash Munot. 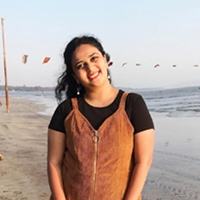 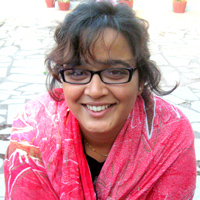