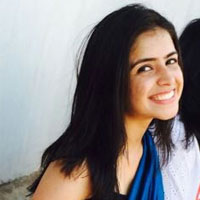 While pouring it all out, it feels so weird about what I was and how I see my own self after coming back from this wonderful place called Asia Plateau. A place where strangers became friends and friends became so close which I never thought could happen in just a duration of eight days and how in these eight days this beautiful place became my little world in itself, my new home!

As I now look close, I feel I'm not really living up to what I expected myself to do while I was at LMAD but the point is, at least now I know what I really lack and what needs to be done for the things I need to sort out in my life and this is what was the best thing I liked and took back from LMAD 2018. LMAD and the quiet time made me realize that there's nothing, literally nothing in your life you yourself don't know the answer for. It is all within ourselves of what we try to seek from the outer world.

Frankly, before I came to LMAD I had nothing much of what do I want myself to be like. In fact, before coming to LMAD I was more than happy just for the fact that I was being allowed to go out of the city I live in and nothing else mattered more to me at that time. So, expecting or not expecting anything from LMAD was a whole different thing. But as the time passed and I got involved in the exercises and the quiet time we used to have that’s when I realized of what were the problems I've had when it came to my own self, my life and even my career which I never really thought were my problems before coming to this place and the best part was not just that I got to know or understood of what the problems were but I also got solutions of what should be done for most of them to be solved. All answers came from own self and no one else.

The problem was that I never really tried to listen to my own self or even tried to sit back and think of what were the things I wanted to inculcate or what kind of a person I wanted to become. I never really asked myself what do I want myself to be the person I'm presently and was I happy for the way I was. I used to say I'm honest and on the basis of that I used to think that truth is always harsh and sharp and it can never sound nice or sweet and was too proud to think that at least I had the guts to say what it is like and say it the way it is. When in reality my aggression used to make it so rude for people to handle and never really thought that was a problem because I was blind, too blind to see how badly those words I called " the truth" could affect anyone. People, yes they did matter, they always have! But did they matter to me more than my own self and the few people I cared about? This was the question which hit me really hard when I was at LMAD and there I realized what hollow kind of a life I was living. A life wherein the people who were a part never really got that importance I should have given them. I realized how it feels to be kind and the truth too has a way in which it can be conveyed, a way which not necessarily has to be harsh but can be done in such a kind way too. I realized that I need to be more human, more considerate, more compassionate, more empathetic, more thoughtful towards others, above all more human. I realized that by looking at the people around me at LMAD. I'll be honest, it's not that it was all about my own self but it wasn't really about the people other than my family. At LMAD I realized that it's not about caring for my family and some close friends but caring for humanity in general, caring for all I have, caring for life and the lifeless. May it be the materialistic things, the mind and the thoughts I carried or the life I'm surrounded with. LMAD made me feel more grateful for all that I've always had and more clear of what I want to have. I realized how blessed I am to be born into a family which has always held my back making it stronger, no matter what.

When I was at LMAD I realized in one of the quiet times how I was running away from my own self, trying to be someone I never was just keeping in mind about the people, society, media and what not when I tried changing myself at different points of my life.

LMAD is the reason I dared to look closely and notice how my small habits had such a big impact on my life and I’m still trying to work on those. I realized how I used to be a person who never liked to follow any kind of rules and regulations but after being at LMAD I found out that being disciplined and following certain kind of rules can make you so satisfied with the work you're doing and you, in fact, enjoy yourself even more while doing the same, a big change which I never really thought could happen to me before I became the part of LMAD. But above all LMAD made a person who was miserably lost into more of a human again in the world where I used to think that being practical head was more important than to feel deeply and understand one's self better and to be more human and frankly speaking all I really want is to thank the coordinators and Viral sir as this is one of the biggest things I've learnt looking at each one of them back at LMAD, working so selflessly for all of us and expecting nothing in return.

In the end, if I have to put it all together, I won't call these 8 days of LMAD at Asia Plateau to be a journey in itself but rather starting of one for I now know that I have a long, long way to go. It's just a starting of a new book where the first chapter I'll name it as the "REALISATIONS". 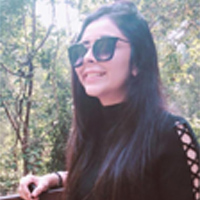 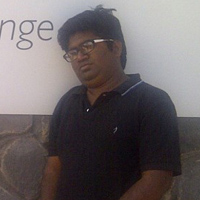