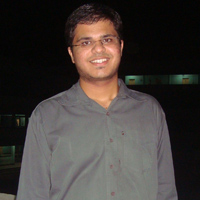 I am Vineet Tanna, currently a 3rd year student pursuing my B.Tech from National Institute of Technology Durgapur. I have been associated with LMAD and its principles since 2011.

I initially attended the youth conference at Asia Plateau in 2011 on the suggestion of my father. At that time, I was in the first year of my B.Tech and I had gone through the biggest shock of my life. Just a few months before then, I had lost my mother. Me being the only son to my parents was what kept me close to them and I hadn't been exposed to the world at all. My mother was the dearest person to me. After she passed away, I was completely lost and would hardly smile and interact with anyone, whereas at one point of time, I used to be one of the most talkative people. It was almost like the world around me had fallen apart and I had no idea what to do.

When I first entered Asia Plateau, its beauty, peace and the friendly nature of its people brought a smile to my face. It felt as if I had entered a different world altogether. There was love everywhere and I felt God resided in that place. I really liked the schedule that we followed there. Practicing Quiet Time during the course of the conference, helped me in rediscovering myself. Initially, I refused to look within myself and would try to distract myself because I didn’t want to accept what had happened in my life and refused to move on. As a result, I had that burden choking me from within. All this changed with the quiet hours every day, as I had good quality time with myself to think. I cried and I regretted how I used to take my mother for granted. I failed to realize what she meant to me because I never gave her time. I was rude to her many a time and was mostly confined to myself in my room whereas she continued to love me unconditionally. I realized this and shared it in front of all the participants present at the conference; my mistake and how I deeply regretted it. Even though I wanted to make it up to her, I couldn’t. Meeting and interacting with people from different parts of India and across the globe felt wonderful. Hearing the problems of many others, I felt that what happened to me was just a part of life and helped me to move on with the sweet memories of my mother inside my heart. Viral Bhai had told me once when he gave me a tight hug “Vineet beta I promise you, after the 8 days of the conference you will feel as light a bird and leave this place”. That is what happened to me after the 2011 conference ended. I realized what unconditional love was, I got back my smile and had the courage to move on in life. I found back that interest in life and once again started interacting with people. My family was relieved and my relations with my father and grandparents improved after that. I left Asia Plateau, a changed happy person as free as a bird.

The terrific life changing experience in 2011 and the people and their love brought me back to Asia Plateau as a participant in 2012. This time the four values of IofC-LMAD (honesty, purity, love and unselfishness) touched me. These values, along with speeches by various guests convinced me that yes, there can be an alternate way of life which I can lead that can make me a better person. I am trying my best to lead my life in accordance with the above four mentioned values. Things have changed and I have become a better person, thus feeling much lighter from inside. Along with that I have become more energy conscious and have tried to avoid wastage of food, water and electricity in my hostel. My relations with my family and friends have improved. As is the aim of LMAD, “To change the nation we the youth of India have to change first” and “Be the change you want to see”, I want to become a better and a genuine person in life, contribute in my own way towards the changing of the world and make it a better place for living, spreading love just like Asia Plateau. 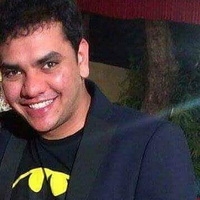