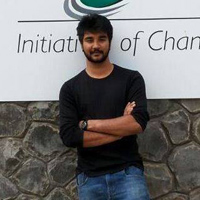 The monsoon of 2013 is a season I can never forget. It destroyed me, and then made me who I am. I remember my days living in a world of illusion, they were blissful but I was drifting far away from reality. Caught in a haze of drugs, deceit and rebellion I was on the verge of losing my job, giving my parents the shock of their lives and getting diagnosed with schizophrenia.

Allow me to elaborate, In my defiance at being stuck in a monotonous job I disliked, and blaming my father for landing me in that soup, I had turned to drugs, alcohol and cigarettes in an act of rebellion. Of course, I thought I was in control but before I knew it, I was addicted.

Not a day would go by where I was sober. I was under influence 12 waking hours of the day, and intoxicated right through the night. Of course as I was living at home, I had to get around my parents. This required me to weave a complex story of lies. Every lie I told, lead to more. Until there came a point where lies slipped from my mouth naturally. My mom’s first question as she woke me up,’ Where were you last night?’ was met with a lie fabricated instantly in my half-asleep state- I was on the terrace with a neighbour. (While I was actually out, getting high.)

My lifestyle had started to revolve around myself, what plan do I have today? Whom am I meeting today? When would I get my next fix? When can I sneak out of the house? I had become so self-centered that I was completely disconnected from my parents. I ignored my responsibilities at home, I would run out of the house before my dad came and return after he fell asleep so that I would not have to deal with his reproachful glances. And when my parents were home, I would lock myself in my room. They knew something was wrong but had no idea what. Unfortunately, I was a really good liar.

My mind had become so muddled and impure with some very deviant fantasies that the way I started seeing women and myself started to change.

Obviously, since I hated my job, I would come late, bunk often and perform poorly in every assignment until I earned a notorious reputation in Office. The reputation of being a person no one wanted to work with.

So there I was, a 20-year old guy, intelligent and capable, yet burning his life away. My relationships with my family were torn apart, my office had served me a warning- I pull up my socks or I would be replaced, I had cut away from all my friends except for those with whom I got high and I had destroyed my mind. I had no source of creative fulfillment other than drugs. My life was a mess. However, here was one ray of light in this darkness and that was my Grandma, who loved me unconditionally.

There came a point where I couldn’t take it anymore. I simply could not hold it in. One day, I felt an overwhelming urge to come clean- To wipe the slate clean and start over. I didn’t know what would happen, but I knew I had to tell my parents the truth, no matter the consequences.

So I did. One morning, I told them that I had been smoking marijuana for the last 2 years. My parents are really understanding, but this turned out to be too much for them. My Mom broke down in shock and anger. My dad stopped talking to me. I had thought that telling the truth would somehow make it alright. It did not, it was the worst day of my life so far. I had betrayed my parents trust in me, shattered their hopes, and abused the freedom they had given me. The amount of pain I had caused the people who had brought me into this world, caused me to go into a deep, dark shell.

In one single act of truth, I had destroyed my old life. My parents grounded me, got me tested for physical and mental damage, I was diagnored with traces of paranoia on the verge of schizophrenia, my girlfriend broke up with me, I was constantly being monitored on my job, and I was going mad on the inside. I was going through withdrawal, and depression and I saw my darkest side emerge where I myself couldn’t believe the words I was saying and the deeds I was committing.

I couldn’t take being kept locked inside the house, I remember this one time I climbed to the top of the terrace and almost jumped out in an attempt to break free. The shock on my parents faces is forever etched in my mind.

Slowly but surely, my life was beginning to change. I took a challenge from my mentor to not smoke for a month and completed it successfully. I escaped into work and put all my focus into it. I began to rebuild my relationship with my parents. I began to rebuild my relationship with myself. Began to earn my parents trust back by being completely honest with them. I started doing my quiet time, the most important thing that happened as a result was in that darkness of not knowing who I was anymore, my world of illusions shattered, uncertain of what to believe anymore.. lost and afraid in the dark, I found that I was my own light.

I realized that the truth always finds its way out, and changes everything for the better. However, for a new life to be created, the old one must be destroyed.

I started performing well at work, started picking myself up. Piece by piece, and rebuilt my life from scratch. Now, I was in a comfortable relationship with my parents, they had begun to trust me once again. My mind was free of the influence of drugs and I was able to think clearly again. I returned to my old friends and they embraced me once more. I found my creative fulfillment in the form of travel. The only thing that had remained constant in my life was my grandmother’s unconditional love. 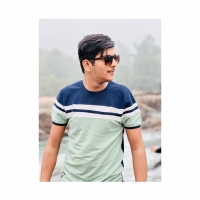 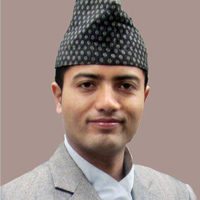