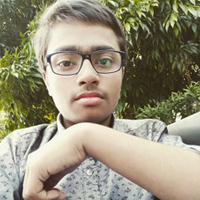 Hello Everyone, I am Sayok Sarkar. It was my first time to National Youth Conference in 2018. I was in standard 12th pursuing bio-science. I had heard about the LMAD youth conference even before I had actually attended it. My story is a little different from everyone else. I belong to an ordinary middle-class conservative Bengali family, where I was never been told to do my work on my own. I had been kept away from all the little tasks that a child does. I was unaware of the outside world. My grandmother is and will remain my inspiration. She has always helped me in the worst of my health. I had a routine life. Wake up by six in the morning and sleep by ten at night. Take afternoon nap and study. All the other was taken care of by her and my parents. I am a studious student and had never received any complaint because I did not talk much as I was extremely shy. I kept everything to myself. I felt always left out while others moved in groups. This nature of mine somehow had nurtured an evil inside me. Though I did not say much in the classroom, I started to disobey my grandma and insulted her. Since my eighth standard, I had occasional verbal fights, which kept on amplifying every day. Fights became more aggressive and I insulted her. Even a week before I came to LMAD, I had a fight with her on petty issues. Though I knew about the conference, I was totally unaware of the magic that it does to oneself. I found an answer to every problem during Quiet Time. I never saw from the perspective of my grandma, her pains, her suffering, her sacrifice and her love and care for me. Even though we had quarrels she never forgot to arrange my dress and keep it ready before I come from a bath, polish my shoes, wash my dirty clothes and what not. During the family session, I felt I had done immense wrong to her and without mitigating her pains I aggravated it. This was the turning point of my life. Even though my problem was minimal and petty, it had shown up and troubled me from inside. There will always be difficult circumstances lurking around everyone. I had no greater problems than others. My only duty was to get good marks and make my parents happy. I grew up with an idea or proverb in Bengali which meant “the one who studies gets to ride cars”. So never had I felt such hardships in studying until I was in sixth. That was the time I switched my school from a CBSE based to an ICSE based. My English wasn't good at all. I failed. Midterm in my new school was a disaster. My sciences were satisfactory. From my record first place in the previous school to an all-time record a 25th rank was a great shame to me and my family. As a ritual, my relatives would give a phone call to listen to my exemplary performance. This time I felt insulted. Because of this, I switched to an easier way of getting marks, cheating. Though I cheated rarely I still did and this troubled me. The ego releasing session helped me to release with its various other bad habits that I had. I was stunned by the hardships that people face and still talk with so much ease. I could relate to some of it. Participants and the coordinator were very friendly and listened to our grievances and problems as their own and suggested solutions to it. I personally was able to find answers to questions from within during my quiet times. This ignited in me a spark to change not others but myself. I won't find the serenity that Asia Plateau provided, here in our city. There is a void left in my heart after the conference is over, and I don't know how I will fill this emptiness within. Time and tide wait for no man, and this void will be filled with hope to meet again. Returning to our mundane, where we are hijacked by narrow mindedness. I won't be liking the outside world, but find peace inside. And from my inner guidance, I will find hope in despair. This concept of Quiet Time has brought in an ability to do things meticulously. Today (April 2019), when I read this article of mine, I truly felt the power of quiet time.

The next few lines are about my after LMAD story. Nearly a year has passed and, in a few months, LMAD will start bustling with many new participants and a few old. I can proudly say that during my remaining classes I inspired many of my classmates to stop cheating. I could concentrate on my work amidst distraction. I became a better version of myself. Those eight days was a life changer indeed, as before it I was shy, avoided difficult situations, had stage fright and lacked confidence in interacting with others. After the miraculous transformation which is still happening, I went to many inter-school competitions, national contest and even represented my school in the international expo. I had an interview with the local journalist of Lucknow after winning the first prize. I made numerous friends with whom I am still in contact from around the globe and am confident in talking. Thank you LMAD for everything you have done to me. You have created a permanent place within my heart. Thank you, Viral Bhai (Bade-papa). Thank you, Mom and Dad, for introducing this to me. I am happy now and have mended relations with all my friends and most importantly my lovely old grandmother. 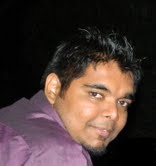 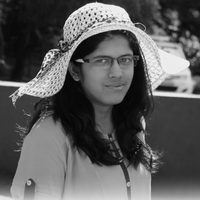