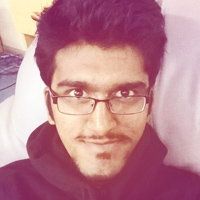 I was this simple boy with a diplomatic theory for life. Often concluded things on a simple act, felt that my thoughts were very different since I did not really share things with people in life, even with my close family members thinking that they would never understand me. I usually thought that I would rarely find people with similar mindset and expression for life. I disagreed with most and was was a terrible listener. Life for me, suddenly had become about being successful and having luxury. I often felt this vague complexity about the things I did in a normal monotonous life and often felt envious about others achievements. This remained true for sometime until June 2014.

When I initially heard of the conference, I was not willing to attend it because I felt that it would be a waste of time and I would rather rest at home since I had just finished my entrance exams. My parents convinced me that I should give it a try and hence I was at Asia Plateau; immensely surprised with the amount of beauty the campus had to offer. The amount of thought put in every single aspect of the buildings, the parks, the environmentally conscious architecture really pulled me closer to it.

The first day of conference showed the amount of unconditional effort put in by the team of coordinators to make a group of 200 people feel mesmerized. This impacted me greatly; I wondered how people could be so nice. That is when I learnt that the coordinators had previously spent their time at Asia Plateau which made them humble and the person they are today. Getting involved in long meaningful conversations with people who listened to you with a profound sense of conviction really made me get attached to the beauty of each human's sense of thought. The days went really fast with me just absorbing everything the place had to offer. I met some amazing speakers and their work really touched me. The work I do now has been influenced by the reality of life which I learnt at LMAD.

After LMAD, my perception of life has changed. I now know the things which I need to give more priority to, things which make sense. Now I can easily distinguish between things which have immense importance in mankind from those which only look good from the outside. The learning at the conference also helped me fix the broken relation I had with my father and got to know him better. Every time I visit Asia Plateau, I come back a better person. It just magically helps me grow.

To end with, I would like quote a Persian Poet, Jalal ad-Din Rumi : ‘’ Yesterday I was clever, so I wanted to change the world. Today I am wise, so I am changing myself ’’. 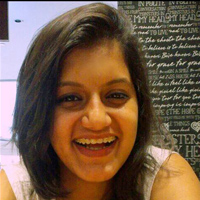 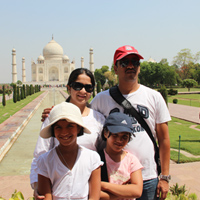