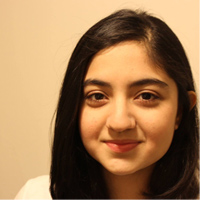 I’ve been generally lucky in my life and blessed with great parents, a good education, security and lots of friends. However, it is very easy to get lost in such a protected environment. One thinks they know a lot about the world through their textbooks and television, but they’ve barely ever faced a genuine struggle. On the other hand, they are constantly told that they should appreciate what they have - which is very high an expectation from a teenager who hasn’t seen the world from any other point of view. They make us feel like were are selfish and stupid to cry about not having the same phone as our friends while there are other people dying of hunger while we have never actually experienced hunger ourselves.

I was one of those kids. I came to MRA with no big issue that I was aware of but a lot of minor complications that confused me.

One of the biggest things I learned from my first youth conference is that everybody has problems, and all their problems are important. I was severely hurt by the breach of trust of my childhood best friends shortly before I came to MRA. It is extremely difficult for me to open up to someone and trust them and when such trust was broken - whether or not I would admit it then - I was severely hurt. I found myself crying to sleep for days and my parents noticed it too. However, I could never share this with them because I felt like they would tell me that this is insignificant and people in the “real world” have “real problems.” Moreover, they have an image of me being popular among my friends which I didn’t want to change. So I put on a brave face and kept shoving this insecurity inside me.

MRA didn’t force me to put on a brave face. MRA treated me with lots of care and sensitivity and attention, something I didn’t know I craved. They didn’t let me live under my mask. Within a few days of the conference, these pent up emotions started to rush out. And when they did, people listened. No one judged me for having superficial problems. I felt heard and accepted. You learn something from every struggle, however minor or insignificant it may be.

Another thing that happened at MRA was that I interacted with a lot of people I usually wouldn’t get the chance to; people from varied backgrounds. In a few days of the conference, their pent up emotions started rushing out too. And when they did, I listened - something I barely did before MRA. People do face much bigger struggles than I ever did and listening to them inspired me deeply. I had the tendency to talk more than I listened, but MRA showed me that I have two ear and one mouth and I should use them proportionately. Listening to other people speak made me realise that I never really listened to anybody. It made me question my relationships as I barely knew any of struggles the people in my life faced. I used to think that was because only I had problems. But the truth is it was because I never listened to others. Thus, maybe its not my parents or friends. Have I been a good daughter? Have I been a dependable friend? MRA made me introspect.

Ever since my first conference, I have been making a genuine effort to be sensitive and compassionate and help people in whichever way I can. MRA taught me three things that changed the way I think and interact with people. First, it is okay to have problems. It doesn’t make you a loser nor any less of a hero. You should love and respect yourself enough to pay attention to those problems, however small they may be, so you can overcome them. Second, everybody has problems. You’re never the only one. Third, everybody’s problems are important. Anybody who is going through something deserves attention. Thus, while it is important to introspect and pay attention to your own problems, it is equally important to pay attention to others’ and help them however you can. No one deserves to be alone.

I’ve been trying to incorporate these learnings in my daily life ever since YC 2013 and I am still a work in progress because every year I learn something new that I then try to incorporate as well. There is never too much to learn and always scope for improvement. One just has to search in the right place.