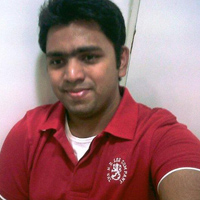 This is Hunaid Wajihi, a student pursuing C.A. I am currently an intern with Pricewaterhouse Coopers. I am associated with MRA and its principles since 2008.

My Experience with MRA

“VALUE HAS A VALUE ONLY IF ITS VALUE IS VALUED.” MRA helps one to realize the same. The need of values in one’s life, the need to abide them, embrace them and let them, is reflected from the actions in public and thoughts in person.  Asia Plateau has done that to a number of people including me.

For me, it all began in the year 2008. Back then, I was just out of my high school (12th Grade) struggling to chose a career between the choices which were contrast to each other. As it is the confusion, mounted the curiosity and curiosity gave rise to anxiety and loss of focus which hampered my thought process and admits all this chaos in my life.

My cousin advised me to attend the YC. I reluctantly accepted the offer. Still remember the day I landed on this beautiful campus of Asia Plateau, with everything around so pure, serene and divine without the knowledge of what all was coming my way and the next few days could be a little tougher for my own betterment. And then on the second day, the concept of Quiet time being introduced and at that moment, it looked a bit weird. I spent the quiet time roaming around the campus that day. But when I heard people sharing their stories and problems in the sharing sessions in the group, I was hit by a jolt for the very reason that I could connect to the problems the others faced and had similar problems in my life as well which I never thought would be discussed amongst such an unknown crowd, which I think adds the warmth to the friendship that blossoms in just eight days. Hence, suddenly there was this feeling, "Boss! This is bloody serious, applicable and useful, let’s give it a shot and see what comes our way?"

The next day I decided to take the quiet time seriously. I sat with my diary and a pen, took a few minutes to control the usual wandering mind and focus and then I had the most terrible encounter with anybody ever, probably the first encounter with myself, the real me. Well, it wasn't as I usually perceived or wanted people to. Things which seemed right some moments back were actually not when realized after putting aside the EGO and seen in the Light of the Principles / Absolute Standards of MRA. I listed them down in the diary, could share some and some were left unshared. But the unshared ones kept hammering the conscience time and again. Until, the list minimized as the time passed by even after returning from YC 2008.

Now when I look back and focus only on those days of my life, I had walked out of Asia Plateau with lot of clarity of thought about the corrective & preventive actions to be taken immediately so that one, I would return back on track in terms of following the principles and two, to sustain the habit of quiet time at least on a weekly basis.

It wasn't though as easy as I thought while returning from YC 2008. But the habit of quiet time somehow sustained (though with the laziness of not writing things down and gaps of a week sometimes) but it was quiet all up there in the sub-conscious mind. The outlook towards life changed. Pessimism was replaced by positivity and materialism was hence forth not allowed to rule over the arenas of PHUL. Though there were times were being materialistic would have given favourable outcomes in the short terms but sustaining on the PHUL standards helped me achieve the guiltless conscience full of satisfaction. Relations and bond sharing with parents has been a lot better. Relations with friends have improved.  As Viral Bhai always quotes, “Each night you go to bed with your conscience as you pillow." I have been able to achieve peaceful sleep which I owe to IofC-LMAD.

Another admirable aspect of LMAD is the commitment of people associated with it. Their warmth towards each participant, and the concern of people towards each other. I think that's what makes it difficult for people to leave the AP campus on the 8th day easily and that's one of the key factors (other than the principles and AP) which brings them back for years (at least it did for me and pulled me in for YC 2010 and hopefully YC 2012).

Evolution is perpetual, so be it for the better. And as Viral Bhai says "In this world, 99% is the mass and 1% is class", so have decided to strive for transformation from the bunch of those 99% to the class of 1% without including the judgements from my own biased vision at any point in the journey.

Hoping the transformation sustains and is fruitful in contributing whatever my bit for the people around, for the nation and for the society. 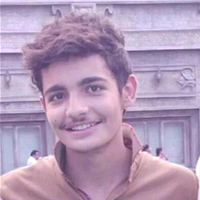 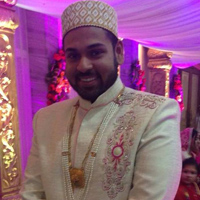