Dhananjay is a mechanical engineer.

Life is fairly simple. It is we who make it complicated. We try to manipulate the reality rather than facing it. Everyone has got a unique life with a unique purpose. We all know that all the purposes will finally lead us to the same thing, that’s bliss and inner peace. He has molded us such that we all take a different path to the common goal, so that one single path won’t get crowded. Identifying the path is just the start of a long journey. And in this journey you find many different things and events happening simultaneously like my job, friends, parents, wealth, love, failure, success etc.

I believe that I found my path in June 2013. I was first introduced to the concepts by a close friend. Being connected to the idea at a very crucial age of 20, when I was busy laying foundation of my life has proved to be an important checkpoint of my journey. Just like all other lads I too was quiet a rebel. I had been through various emotional setbacks in the recent past and finding it difficult to cope up with them. I walked into Asia Plateau a clean-slate on the 1st of June. I had no idea whatsoever about what all was laid for next 8 days but I was overwhelmed by the well maintained surroundings of Asia Plateau.

Through the 8 days in AP, I unfolded many new aspects which were earlier unknown to me. I got to understand the seriousness of life. I started revaluating various past incidences of my life against the principles of MRA. I started going deeper into my conscience and getting a better understanding of what I really am from the inside. I realized how my mind was blocked by ego and this had affected my relationship with people. How I had got so close to destroying my character and my life. I was incapable of controlling my arrogance and temper. I was highly restless when it came to focusing and staying calm. I was insensitive to the feelings of the other people and lacked the virtue of empathy. I had always worked to impress people and always tried to compete with people around me and on failing to do so, I always felt really hurt and doubted my own abilities.

I had a troubled relationship with my father. Due to his workaholic nature I never had spent quality time with him. I had never made an attempt in understanding what kind of a person he is. Being the eldest in the entire family and shouldering all the responsibilities in the family he grew up to be disciplined and strict. I had always missed the softer side of my father. Later as I grew up, my father became just a source of income and I practically lost touch with him. I distinctly remember that I had stayed at my uncle’s place for over a month due to various clashes between us. I could not understand the reason for his ever increasing expectations regarding my academics. I had always disliked his thoughts regarding my dressing, body language and modulus operand.

During quiet time as I went deeper into my thoughts and also when I interacted with the people in the conference I realized that I had always thought about various issues I had with my father through my own perspective. I had become habitual to this perspective of looking at things which made me completely indifferent to the feelings of others. I tried to look at things through my father’s perspective and through deep introspection, I started rectifying myself. This self-rectification was no longer self-sacrifice but instead was a mutual understanding between my father and me who also responded in a positive manner.

I faced a serious issue with my decision making ability as all my decisions were subjected to people’s opinion. I had a realization about this but not having the courage to take actions made things even worst. What other person thinks about me was always on the top in my list. My group coordinator who had been a great mentor to me through my journey so far proved to be great help. Having longer sessions of quiet time helped me work upon my decision making abilities and this was the most important take away from LMAD.

The turning point in my life was the December workshop and the Jamshedpur conference. I got a chance to dive deep within and introspect over the basic founding elements of my character. Lmad has played a crucial role in building my career. It gave me the strength to take decisions regarding my academics and job. Having clarity in thoughts made me more confident and self-satisfied. It helped me realize my self-worth. Practicing quiet time helped take important decisions regarding my studies and job. I could show the courage of quitting a well paid job in a reputed company and consider following my passion to be a designer only because I had developed self-confidence through clarity of thoughts which I achieved by practicing quiet time.

I would conclude by saying that irrespective of my imperfections I still feel confident regarding my destiny because I am assured that all my short-comings will be complemented by help I get from my conscience. 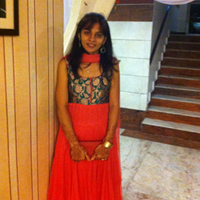 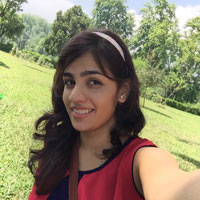