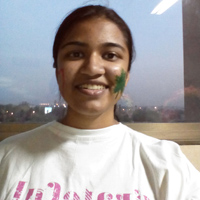 My experience of the eight day Youth Conference was very different from others except for the fact that the slope of the curve went upwards to the right similar to that of the others in the graph eventually, and that goes without saying because otherwise I won’t be writing this.

I attended the Youth Conference after finishing 12th standard while I was taking a gap year to explore and to decide what to do with my life. I can say that I have been brought up with values. So, when I came to LMAD I felt like these are the core basic things… Do you even have to formally learn such things?!! I wondered where the heck had I come. It felt like a total waste! I was miserable for the entire week as there was nothing that I was not familiar with and I could hardly relate with a few people as most of them were going through realizations and the whole package which comes with that but not a single thing moved within me, because of which I started doubting myself whether I am normal or not.

But a few months later I realized that this was not exactly the case. After 12th I was considering Social Work as a field of work that I wanted to pursue. One afternoon during  theYouth Conference, Bhisham - one of the volunteers, shared with me that I shouldn't just look at what the world needs but do what I love to do. This made me feel all the more miserable. I had also heard this thing before but this time it struck me hard, went deep inside and perhaps gave a kick start to deeper reflections –contemplations, regrets, anxiety, hatred towards parents and especially towards mysel. It eventually led me to mild clinical depression for some months. But now I’m grateful for it. I realized that the values which I uphold are learned from my parents and others and that it was not original, in the sense that there was nothing of my own. I really felt bad about it back then.

I really did not know what my interests were and what I would love to do. I wanted to reconfirm my behaviour by getting to know “my values”. What really matters to me and what is my purpose in life?! All this drove me crazy! I won’t go into the details of those difficult yet transformative six months but I came out to be a confident person who knew that the source of love is within her and that she wants to do social work not because they need it but because I need them (the people and everything else which comes with them) the most! You might wonder what made me come alive once again? Well, while LMAD helped me in a way to initiate (as the name rightly suggests- Initiatives of Change) this process within me; a slum community in Ahmedabad healed me by showering me with love while I was volunteering there. Love - one of the core values that they work with at LMAD, became my answer.

This is my story. What each one takes back from Asia Plateau differs. Yet, because LMAD deals with core human values, for most people it is a worthwhile experience and their curves steeply go up to the right from the second or third day itself. 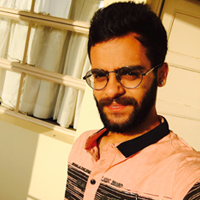 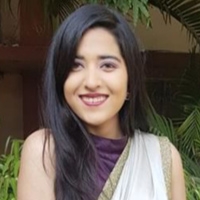